This weekend, my sister, Michelle (aka Ugly…don’t ask) came to visit.

I patiently waited at Penn Station early Friday morning. When I met my sister, I gave her an obnoxious hug and when I pulled away we said together, “I’m hungry.” To Wendy’s! 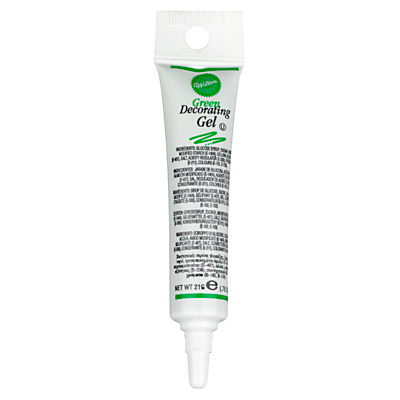 Some fries, chicken tenders, and a frosty later, we were headed back up to the Bronx. We spent Friday night baking cookies and watching our favorite Christmas story, The Polar Express on ABC Family’s 25 Days of Christmas. Does it get any better!?

We tried two new cookie recipes that I found here and here, but neither of them came out as planned. The mint chocolate chip cookies weren’t green because I bought what I thought was green dye, but was actually mint flavored decorating gel. Oops. I also couldn’t find mint flavored chocolate chips at the grocery store in the Bronx. Selection is a little limited, so we just went with regular chocolate chips. Even though they didn’t look minty fresh, the cookies tasted delicious!

We also made red velvet cookies…that weren’t red, because the red dye we bought wasn’t strong enough to overpower the cocoa powder. But, as with our mint cookies, the red velvet ones tasted great, even if they didn’t quite look the part. Soon the kitchen was swarmed with the other interns who could smell us baking!

Saturday morning was my Rockette Experience which ended a little later than anticipated. Much to Ugly’s dismay, I had to send a cab to pick her up because I wouldn’t have time to come back to the Bronx and get her before our dance class we planned for the afternoon.

Ugly is not a fan of public transport, even when it is as simple as getting in a cab and reading off the address I made her write down. She was very unhappy when I told her she’d have to take a cab on her own, but I stayed on the phone with her until she met the car on the corner of our street in front of White Castle.

Ugly arrived safely at BDC where we took Chio’s Jazz Funk class. I’m spoiled and get to take Chio’s class every week, but it was a real treat for Ugly who hadn’t seen Chio since she’d come to visit our hometown studio back in CT. When Chio saw Ugly she recognized her from our home studio and was pleasantly surprised when I told her she was my sister! We had a great time in Chio’s class…as usual!

The original plan was to grab dinner at John’s Pizza on 44th…but when we got there we were met with a huge line winding down the street.

Cue our battle with one of the busiest tourist weekends in NYC of the year. I forgot that this was the first weekend since the tree lighting and that the city was bound to be flooded with tourists.

We made our way to a back-up pizza place, ate quickly, and made plans to try to see the tree. I knew Ugly would love it! We made it all the way to 48th and 5th before the crowd become absurd. For a solid 5 minutes, there was a whole lot of pushing and shoving going on, but then….the tree!

Even though I’d already seen the tree lit, it was still stunning. Ugly and I worked our way up to the ice skating rink and watched the skaters glide around the ice. Ugly has a particular sense of humor and thoroughly enjoyed the little kids falling. No one got hurt though, so it wasn’t mean to laugh! Even though the number of tourists was frustrating, I had to admit that I felt like one, too. Even though I’ve lived in the city for a few months now, I give in to my tourist instincts now and again. I whip out my camera, ask others to take pictures of my sister and I, and love it when others ask me to take pictures of their group. The best part though, is helping lost tourists who ask for directions. I love being able to answer when they ask, “Which way is 9th avenue?!”

Ugly and I being tourist-y

The highlight of Saturday night though was watching as the ice was cleared but for two people. A couple, clearly, had stopped right in front of the golden statue. The girl was admiring the statue, then turned around to see her boyfriend down on one knee. The entire plaza started cheering as she brought her mitten-ed hands to her mouth. He opened the little black box, and though I couldn’t see it from where we were, it obviously was a ring! Everyone watched as the couple embraced and cheered when they did a celebratory lap around the ice.

Seriously, any guys reading this…take notes. Proposal on the rink in front of the Rockefeller Christmas Tree? A+ for you, sir.

Sunday morning, Ugly and I woke up to meet my parents on Arthur Avenue for lunch. They were coming in to the city because we’d be seeing Elf on Broadway! After lunch, we had time for a quick stop to Canal Street for Ugly to do some Christmas shopping, but no luck! Too many police officers around. Oh, well.

With just enough time, we hailed a cab back to midtown and hurried into the theater.

Our seats were great (thanks, Dad!) and the show was even better! It stuck (for the most part) to the movie, with only a few changes that I thought suited the theater. I laughed and smiled through the whole thing! They even had an ice skating rink on the stage at one point! Through all the humor, my favorite part was the very end when the whole cast donned brightly colored elf costumes and did a huge tap number! It was great!

When we left the theater, all I wanted was for it to be CHRISTMAS! Which I’m sure is what the cast was going for 🙂

My parents hadn’t seen the tree either, so for the second time this weekend, we made our way to Rockefeller Plaza. It was worth the walk! We got pictures of the entire family in front of the tree, and I got to be the tour guide 🙂

Mom and Dad by the tree 🙂

The whole gang together, that's what Christmas is all about, right?

After a belly bursting dinner at….you guessed it…Carmine’s, it was time to bring the weekend to a close. But seeing as this Monday morning began with snow flurries it’s shaping up to be a pretty good week, too!

2 Responses to A Very Ugly Weekend